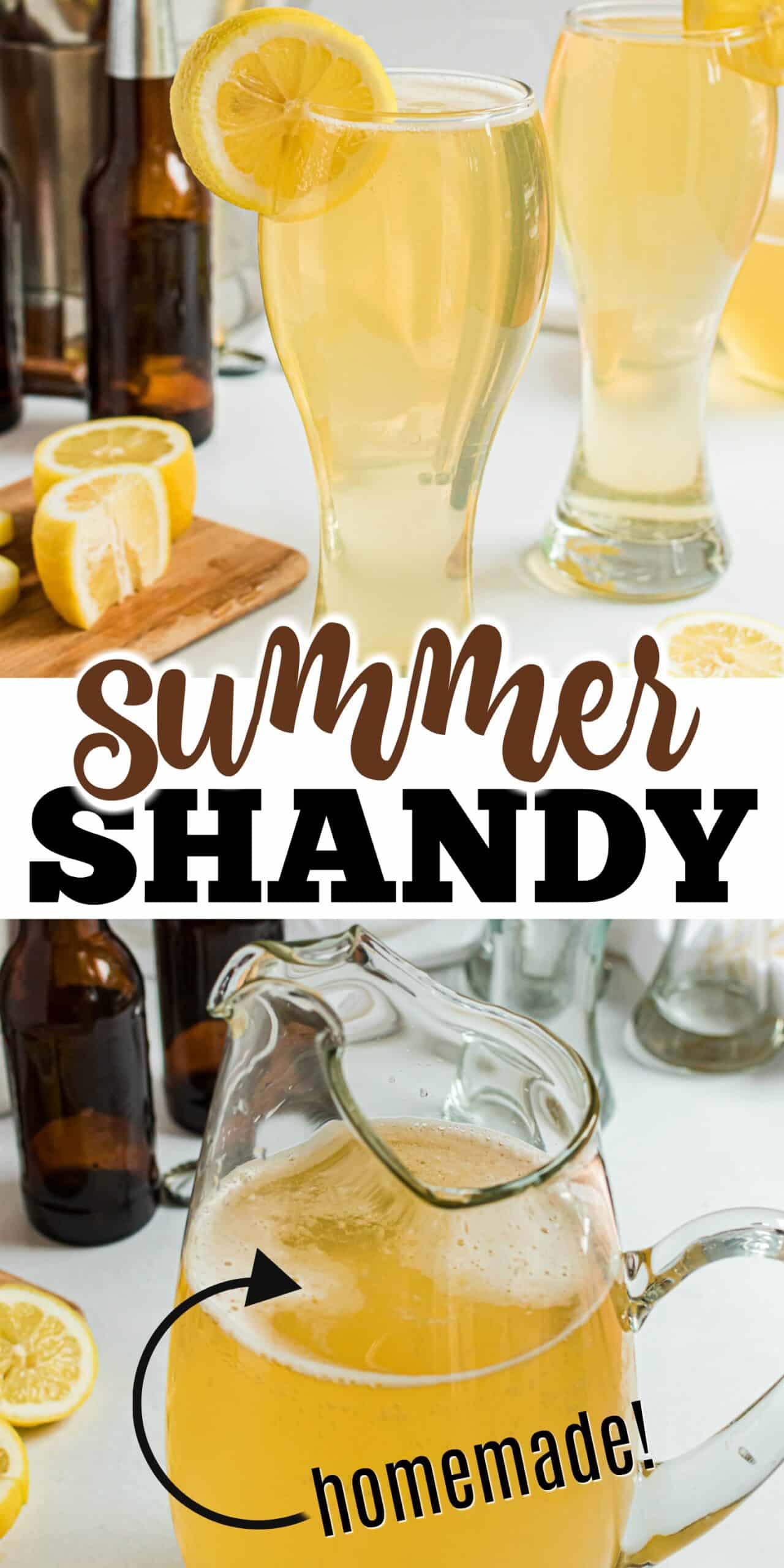 I was skeptical of this whole idea at first, too. Lemonade and beer mixed together? But I gave it a try any way. One sip transformed me from skeptic to believer.

Whether you’re a beer drinker or not, you need to try a lemonade beer at least once. It has to be tasted to be believed!

Also called “shandy” or a “radler”, this lemonade beer is true to its name: lemonade and light beer stirred together and served cold!

Use a light beer in this recipe. (Sorry, dark beer lovers, but your stouts and porters will not taste good at all combined with lemonade.) Any light beer you enjoy sipping should taste great here.

Pilsners are delicious, along with all other blonde lagers.

A couple of shots of Bacardi Cherry rum to the pitcher infuses the lemony drink with just a touch of sweetness.

And, yes, it does make the finished drink a bit more strong, but no more so than your average bottle of beer–remember you’re diluting the beer and rum with lots of lemonade.

It is light, endlessly drinkable and oh-so-refreshing on a hot day!

There’s plenty of opinions in the Radler vs. Shandy debate. So as to remain neutral, I’ll simple call this recipe Lemonade Beer.

These names both describe the exact same drink. From my understanding, the name shandy is used most often in Britain while Germans call their lemonade-beer combos a Radler.

You can call it whatever you like, I just want you to taste it!

Oh, and I know I have some readers out there who are NOT fans of beer. If you like lemonade, chances are good you’ll love this version anyway!

And for those of you that cringe at the idea of drinking beer that’s been mixed with lemonade and cherry rum–don’t knock it ’til you try it.

My husband never goes for “frou frou” drinks and he thought the homemade shandy was plenty tasty!

I can’t take credit for this recipe. We have friends (Hi Greg and Kari) who always have the best drink recipes and this homemade shandy is courtesy of their recipe collection.

Now if only I could get permission to share their sangria recipe. It’s the best. I mean, the BEST. But that one is kept under lock and key.

Luckily, they did give me the go ahead to share this Lemonade Beer recipe with you. Cause it’s good. And I said so. And it’s summer. Bottoms up!

How to Make Shandy

When it comes to crowd pleasing party drinks, it doesn’t get any easier than this one!

Add two bottles of beer, a quarter cup of cherry rum and mix with a large spoon!

Pour the shandy over tall glasses filled with ice, garnish with a lemon wedge and say “cheers!”

Not a fan of cherry rum? Feel free to mix up the flavor! Use a regular white rum or try one of these fruity rum ideas:

Flavored vodka is also delicious as a rum alternative in lemonade beer. I can’t wait to try all kinds of variations this summer.

You can make shandy with plenty more fizzy juices than just lemonade!

Try grapefruit juice or limeade (limonada) mixed with your beer.

Next time I make a pitcher, I want to try half lemonade, half grapefruit juice. Tart, sweet and delicious!

I can’t think of any drink more ideal for sipping while relaxing on the patio! Beer lemonade comes together in seconds and is a guaranteed crowd pleaser for any outdoor party.

No need to wait for a party to stir together a pitcher of this potion. I made shanty over the weekend and we sipped it after a long day of working in the yard. Finishing the weed pulling is enough reason to celebrate, right?

I hope this Lemonade Beer makes your weekend as delicious as it made ours! Cheers!

Find and shop my favorite products in my Amazon storefront here! 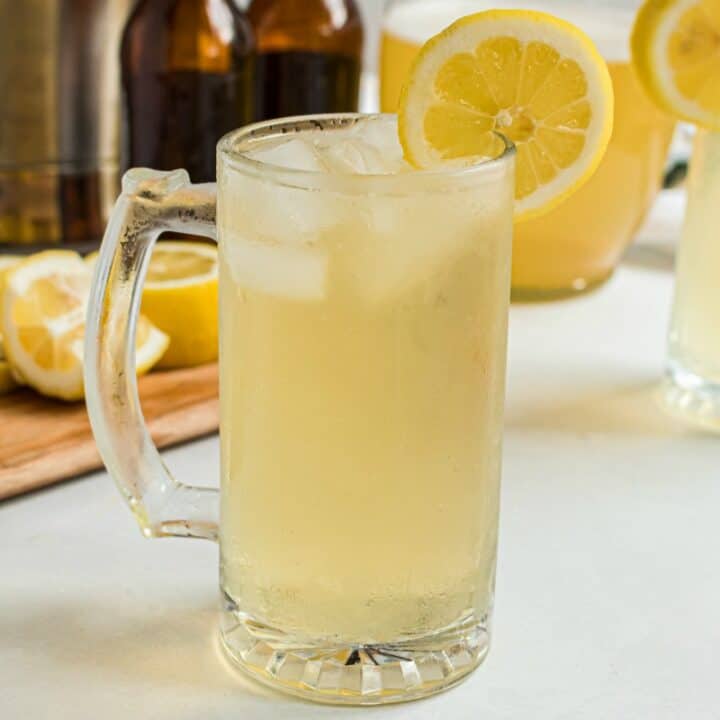 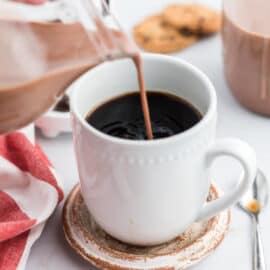 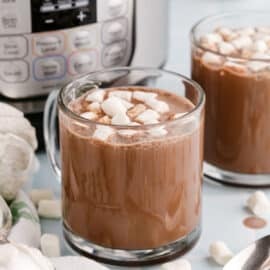 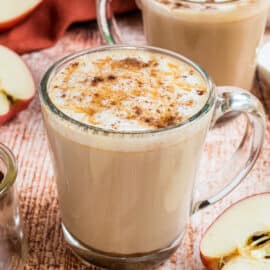