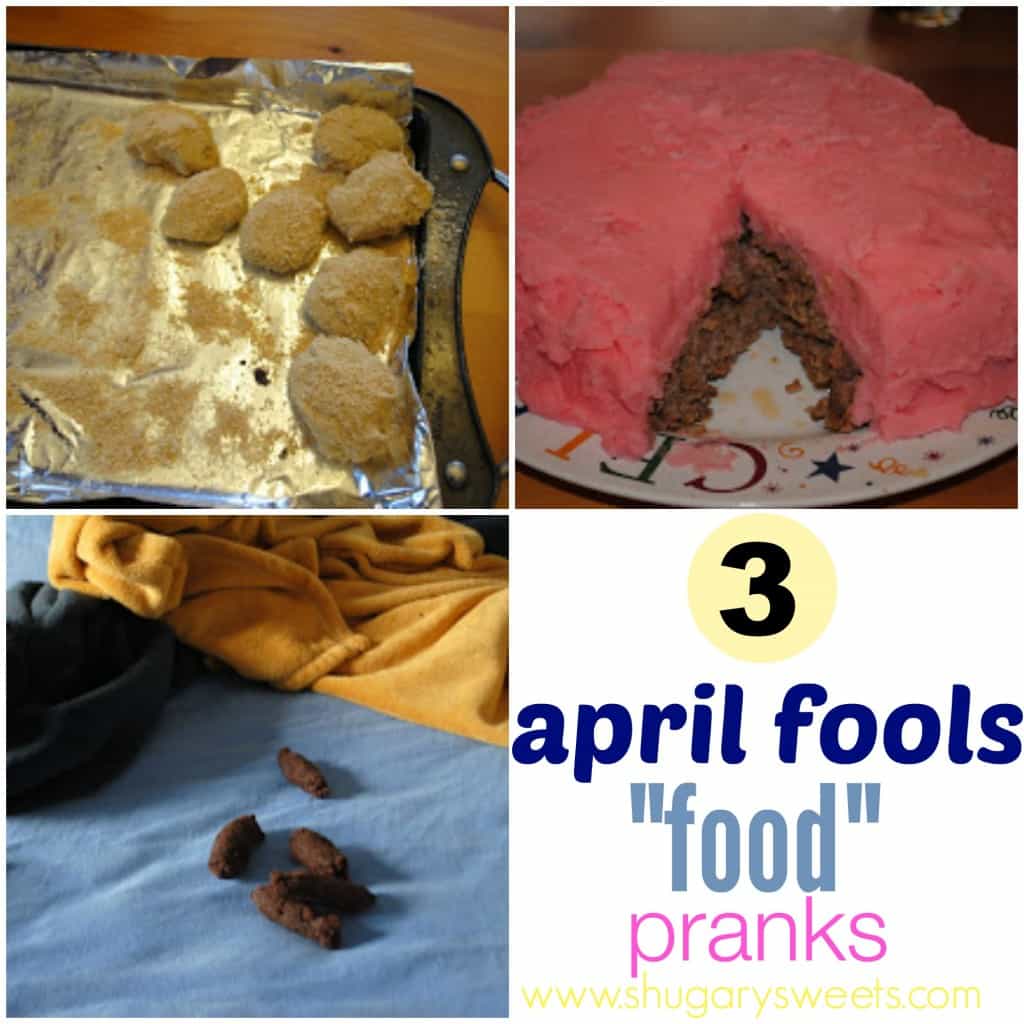 Okay, so this is by far our best year yet. It started off a bit rocky, with Alex, my 14yr old trying to get in as many pranks as he could before he left for school. Switching the bags of cereal so when you poured Cheerios you got Apple Jacks. Good one, but he’s done that on January 25 and July 8. In other words, that’s his usual prank. Putting a post it note on the bottom of the mouse, so when we went to use the computer this morning, the mouse was “frozen.” Annoying? Yes. Absolutely. Rubberbanding the sink sprayer so that when you turned on the faucet you got sprayed. Definitely a good one, too bad I saw the rubberband before turning on the water!

However, the champion prankster of 2011 April Fools Day goes to……

To get Alex back, I had to do something bad. Something gross. Because if any of you know my son, you know he gets grossed out easily. You can’t even talk about bugs, poop, or boogers at the dinner table or he will start dry heaving. So, what’s a mom to do? You guessed it…homemade dog poop. 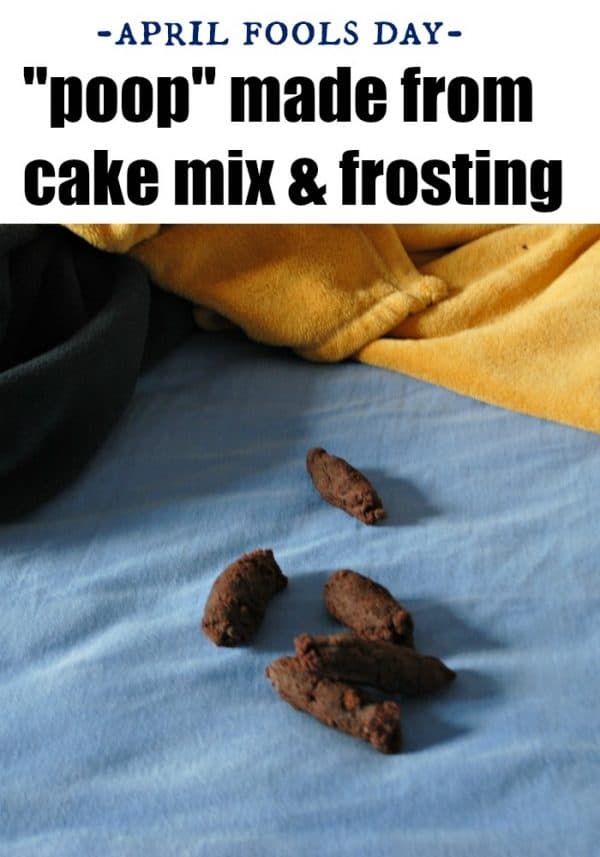 But, no time for migraine’s; I had a prank to finish. I then shaped the chocolate into logs. Yep, to resemble dog poop. I also shaped the rest into chicken nugget shapes to go towards our dinner..more on that later.
About half hour before he arrived home I strategically placed these logs on his bed. Why the bed you might ask? Well, they are chocolate so I didn’t want them to stain the carpet (I could easily wash sheets if needed). Plus, totally adds to the gross factor since the dog sleeps on his bed 🙂

After he arrived home I played it cool for a little while. Eventually told him he needed to clean his room before playing with friends for the weekend. He trudged upstairs, I counted to three, and the prank was in full swing!
Alex…”YUCK. One of the dogs pooped on my bed!!!”
Me…”What are you talking about? They have been downstairs all day, I think.”
Alex…”Well, one of them did it.”
Me…”Clean it up.”
Alex…”No way, it smells so bad. It’s on my bed”

Now, I  was going to pick it up and just say, April Fools. But the evil came out of me at that moment. I picked it up with a paper towel, looked at him like I was totally grossed out (he returned the look), and then I took a bite. Let me just say, I wish I had a hidden camera. Total AFV moment, $10K richer. But, I will just have to store in my memory the look of disgust in his face as he started to dry heave and tears came to his eyes he was so grossed out. I then smiled, said “April Fools” and walked away. 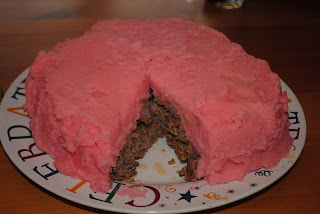 So on to the dinner. I try to do something every year. This year was the meatloaf and mashed potato cake. However, that was dessert. So first I had to serve dinner. Chicken nuggets. 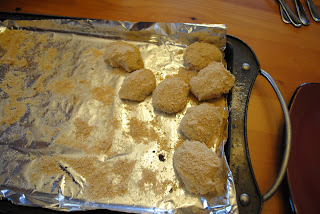 I made these using the cake, crumbled and mixed with a can of frosting. Then shaped it into chicken nugget shapes. Then froze them for about an hour, dipped in melted white chocolate and then into the graham cracker crumbs. Yum. 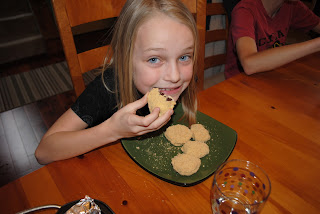 Tessa complained when she first sat down at the table that they were cold. Not so much complaining though when she found out they were cake 🙂

Hope I have inspired you!
-Aimee 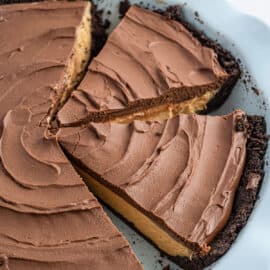 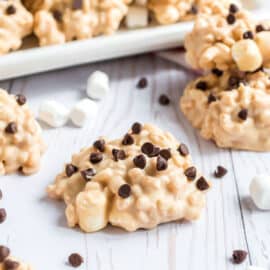 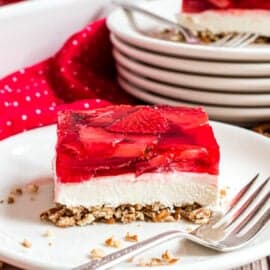