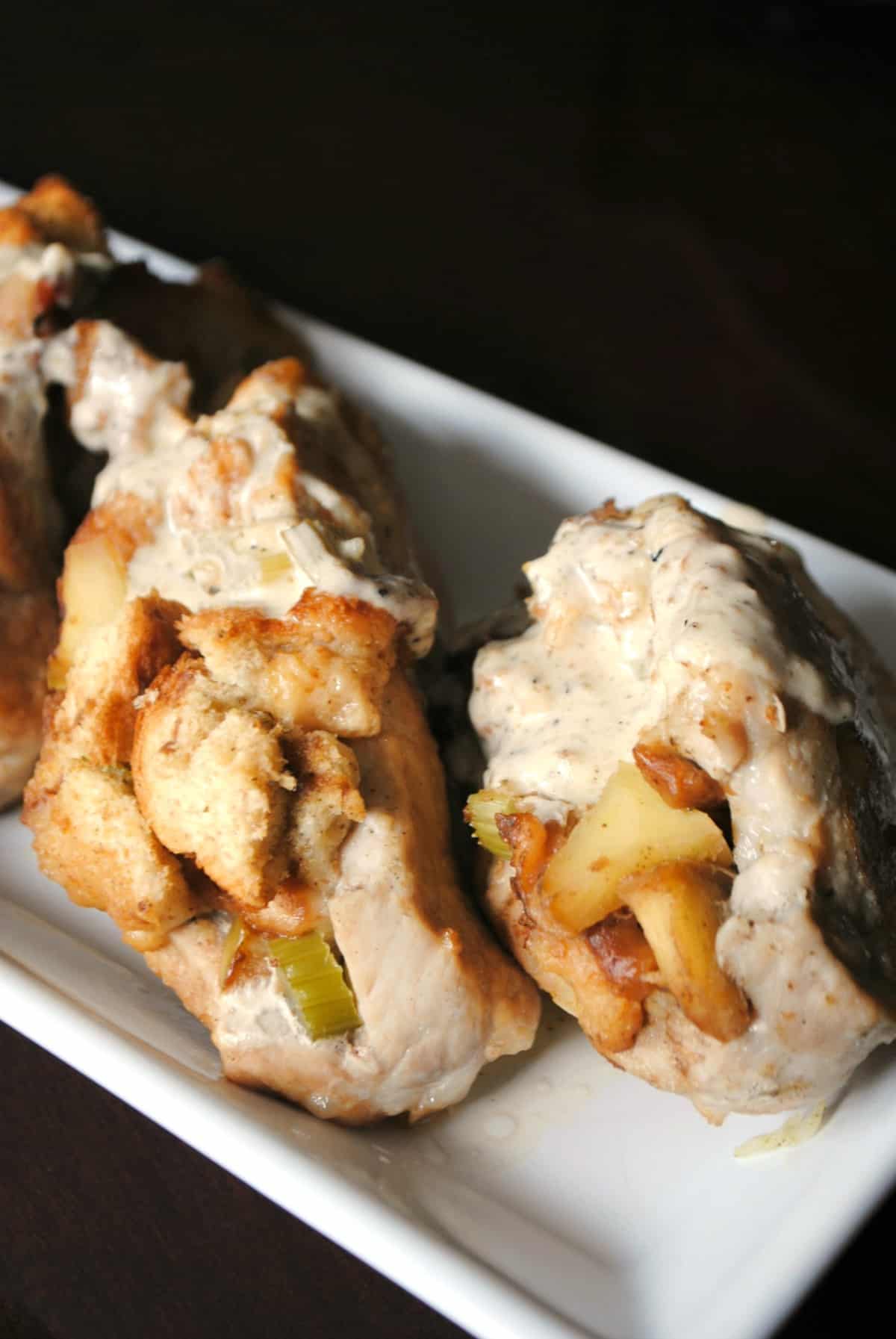 This is one fantastic meal!

Guess what? My own kids feel similarly about stuffed pork chops. We all inhaled this apple version too. The peppery, herbed gravy just completely finishes this dinner.

The balance of sweet and savory in this dinner is perfect. With a little kick from the pepper in the herbed gravy, I can’t imagine anything more satisfying than these oven baked pork chops!

This baked pork chops recipe takes a little bit more effort than many of my weeknight dinner recipes. While it’s not difficult, and 100% worth it, I like to save it for weekend meals or holidays.

Despite the number of steps in the recipe, you actually only use ONE PAN! By using an oven safe skillet (such as cast iron) you can brown and bake the pork in the same skillet, then remove the pork and make the gravy in there too!

Like the name suggests, these oven baked pork chops are stuffed with a flavorful blend of apples, onions and herbs before being pan seared then finished in the oven.

The finishing touch to stuffed pork chops is a heavenly gravy made from the juices left over from browning the meat. Some heavy cream, black pepper and poultry seasoning turn it into a gravy so good, you might be tempted to drink it with a straw.

(For the record: please don’t drink your gravy with a straw. Save it for the pork chops–you won’t be sorry!)

We made some ROASTED BROCCOLI to round out the meal but these chops go well with just about any side dish! Mashed Potatoes would be a delicious pairing for stuffed pork chops too.

The exact cooking time depends on several factors, including the size of your stuffed pork chops and how accurate your oven reads. Your pork chops are finished cooking when the internal temperature reaches 160 degrees.

If you’ve never had stuffed pork chops before, you’re in for a treat! I like pork chops but I am HEAD OVER HEELS for this stuffed version, especially with a hearty amount of gravy ladled over top.

This recipe comes in three parts: the apple stuffing, the pork and the gravy.

To make the apple stuffing you need:

For the apple stuffing, combine all ingredients in a mixing bowl. Now, it’s time to stuff the pork chops!

For the stuffed pork chops, you need:

STEP 1. Cut a large pocket in each pork chop by making a horizontal cut through the meat. Press a large spoonful of stuffing into each pocket, really PRESS it in there until all stuffing and pork chops are done.

STEP 2. In a large oven safe skillet, heat oil. Brown the pork chops on both sides for 3 minutes per side. Cover skillet with foil and bake for 30 minutes in a 350 degree oven. Uncover and bake an additional 30 minutes, or until internal temperature of the meat is 160 degrees.

STEP 3. Remove the pork chops from the oven and transfer to a large serving platter. Tent the baked pork chops with foil while you prepare the herbed gravy.

To make the herbed gravy you need:

Use the same pan you used for the pork chops to make the gravy.

STEP 1. Heat the skillet over medium with the juices remaining. Sprinkle with flour, salt and pepper and stir for one minutes.

STEP 2. Slowly pour in water and poultry seasoning, scraping the bits off the bottom of the pan. Bring to a boil and cook for 2 minutes.

STEP 3. Add cream slowly and heat until thickened. You may want to season with more salt and pepper to taste. When thickened, remove from heat.

Serve the gravy with pork chops. You can either serve the pork chops plated with gravy poured on top, or keep the gravy in a serving dish so everyone can add as much as they like to their meat.

Whether you serve them for a special occasion or an everyday family meal Apple Stuffed Pork Chops with savory herbed gravy will be the star of your dinner table! 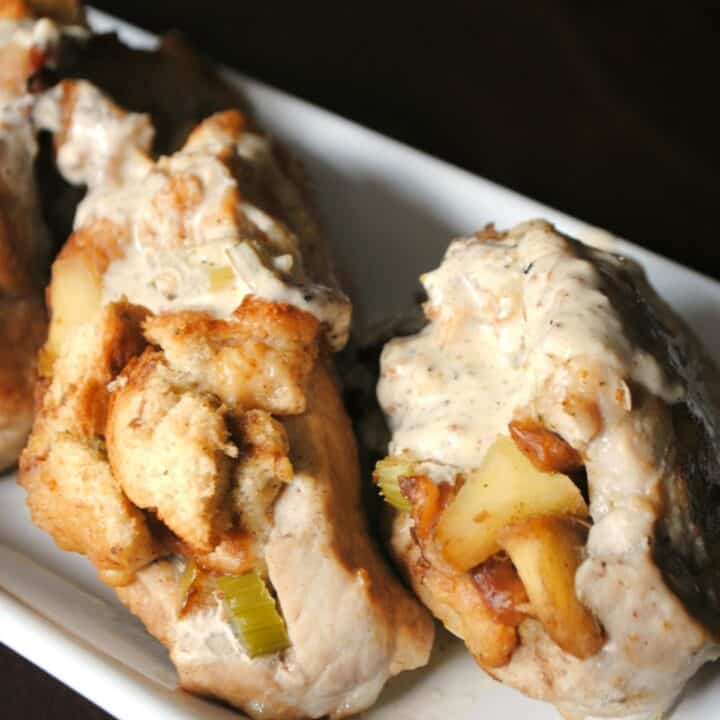 Thick pork chops stuffed with a delicous apple stuffing, then topped with a peppery herb gravy!

For the Pork Chops: 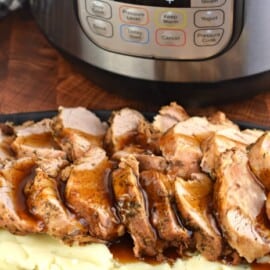 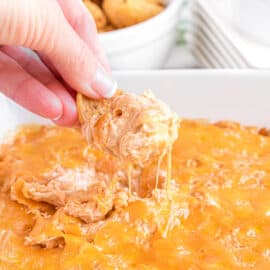 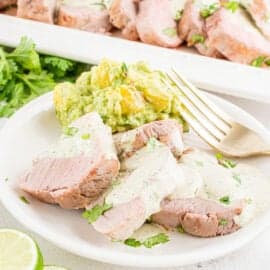