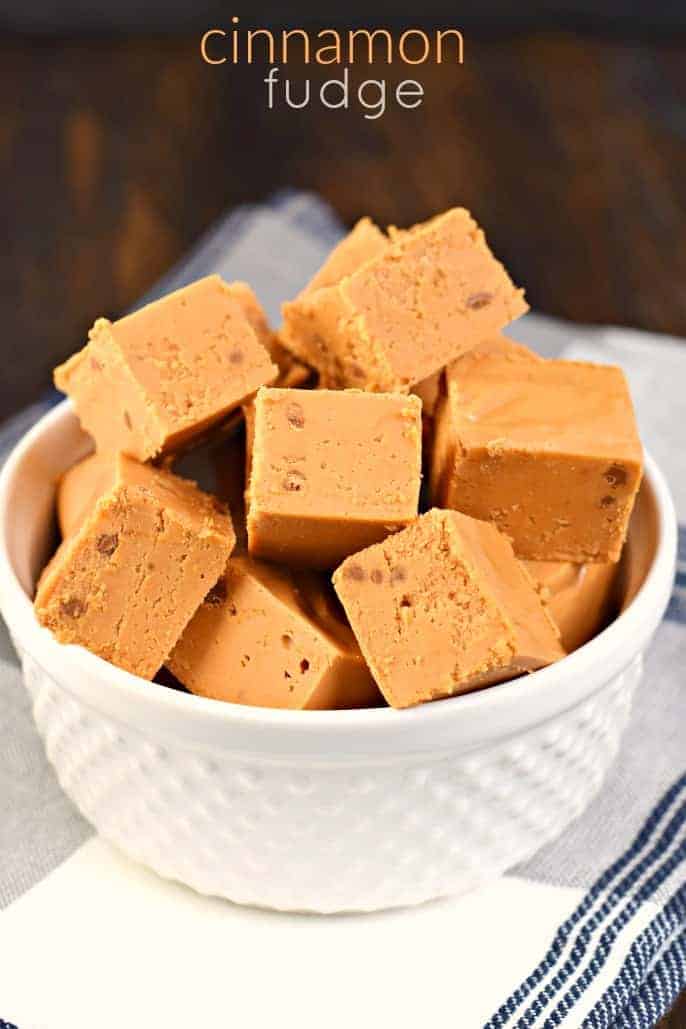 If you LOVE cinnamon, then I suggest you indulge in a piece (or twenty) of this Cinnamon Fudge! 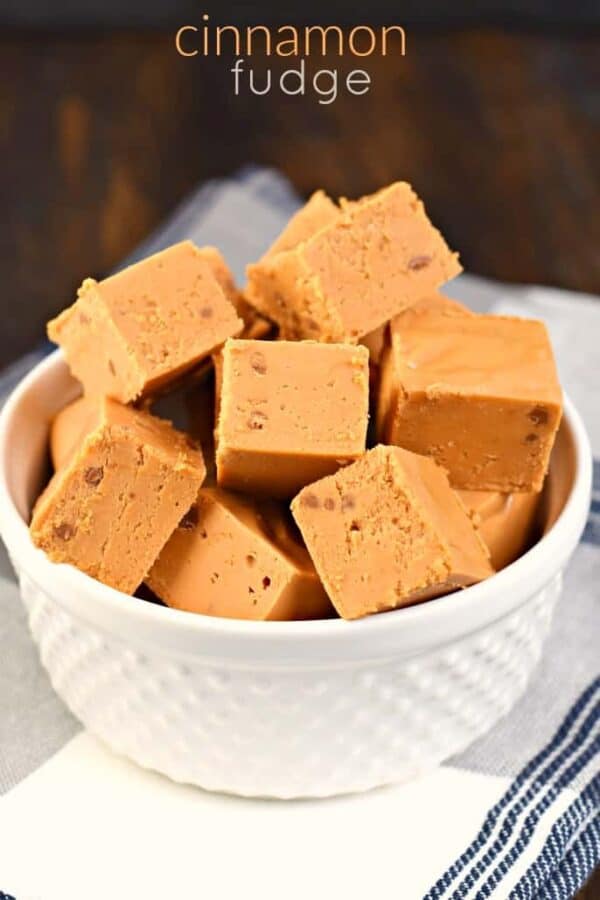 Christmas is over. But if you’re like me, you still have holiday parties to attend! (or maybe you’re reading this blog post in June!). Either way, this Cinnamon Fudge is the perfect year round treat!

As a kid, making sugar cookies, I used to be obsessed with putting as many cinnamon red-hots onto my cookies as possible. The more, the merrier! I LOVE cinnamon.

From cinnamon coffee cake, to cinnamon coffee creamer… and everywhere in between, I LOVE IT. It’s probably my most used spice in my kitchen (along with cumin, but that doesn’t belong in fudge!).

Today’s Cinnamon Fudge recipe uses those Hershey’s Cinnamon Morsels. I have a hard time finding them at my grocery store, but when I do (it’s usually at Walmart) I stock up! I’ve also ordered them on Amazon by the case, super easy and inexpensive! 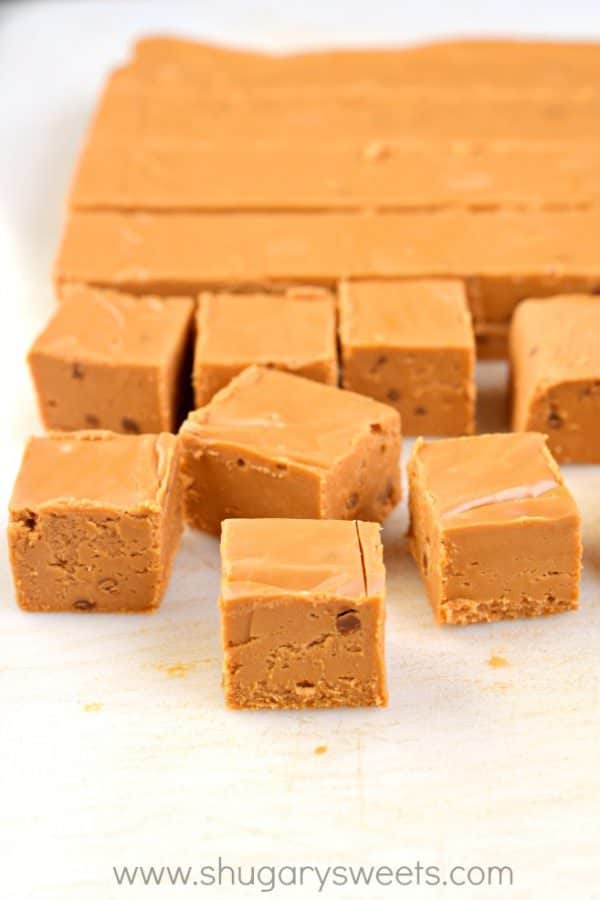 I used my favorite fudge recipe base and tricks for how to make fudge to get this going, and then instead of using white chocolate chips, I used the Cinnamon Chips. Oh my gosh, the depth of flavor is incredible.

As you can see, I didn’t let them melt 100% like I usually do with the white chocolate. While there were still some bits of cinnamon chips left, I poured this into my prepared pan to set. Another genius decision, if I do say so myself!

If you make this fudge, let me know what you think!! It’s up there as one of my favorites right now!

Check out some of my other favorite truffle and candy recipes! Be sure to stop over at Food Fanatic to print my Cinnamon Fudge Recipe! 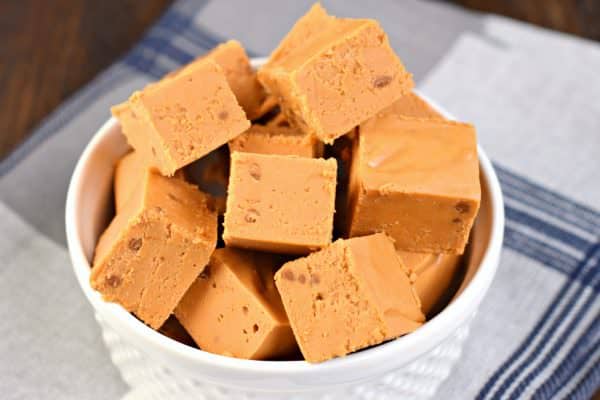 Be sure to follow me on Instagram and tag #shugarysweets so I can see all the wonderful SHUGARY SWEETS recipes YOU make!

Connect with Shugary Sweets! Be sure to follow me on my social media, so you never miss a post! 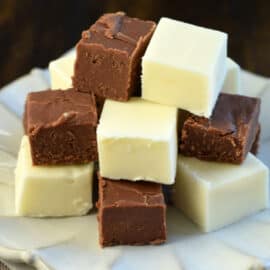 How to Make Fudge 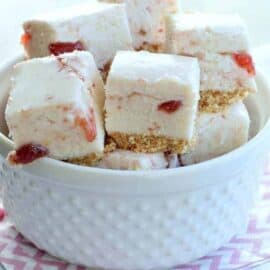