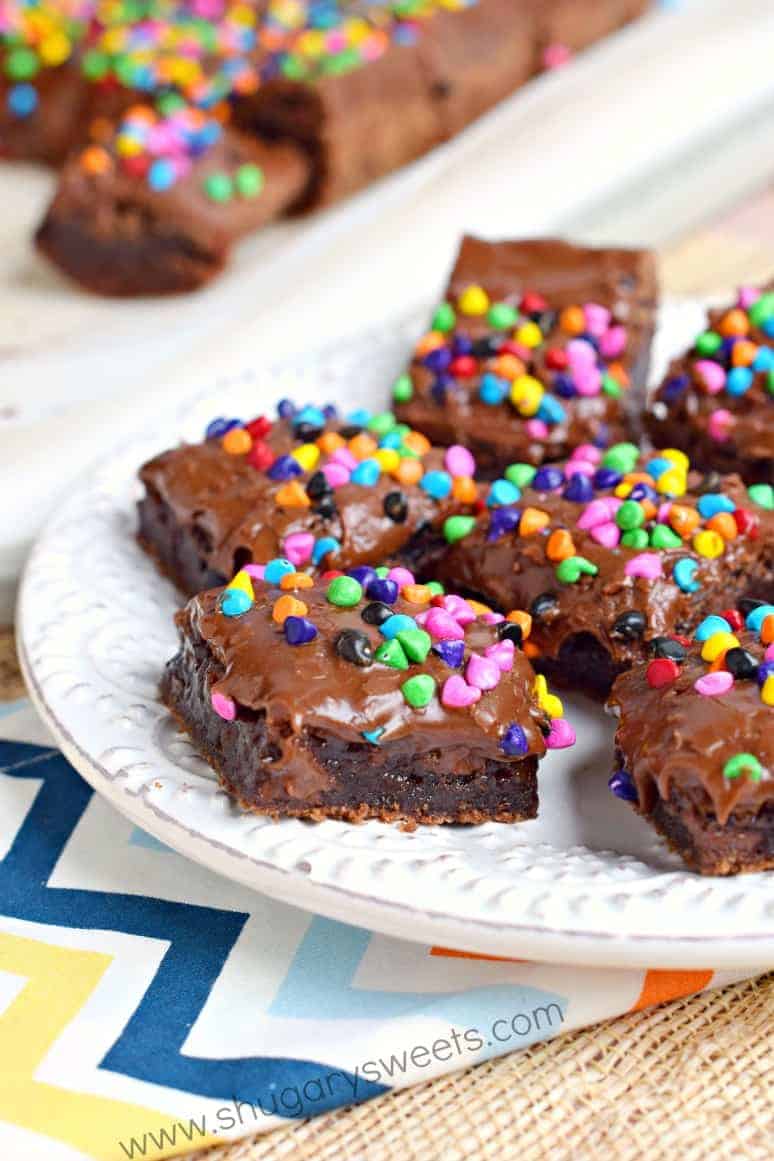 These Rainbow Chip Brownies are homemade buttermilk brownies at their best. Made from scratch and topped with colorful candy sprinkles, these brownies look like Little Debbie’s Cosmic Brownies but taste worlds better!

There’s no such thing as too many brownies. From decadent Oreo Brownies to Chocolate Chip Zucchini Brownies–I’ve never met a brownie I didn’t like.

Know what makes me extra happy? A hot cup of coffee and one of these Rainbow Chip Brownies.

No offense to Debbie and her baking skills but the packaged brownies I used to get in my lunch box just don’t hold a candle to these homemade brownies with rainbow chips.

Rainbow chips are not just any sprinkles. They’re little pieces of chocolate in a hard candy coating! I love them on brownies and they’re AWESOME mixed into frosting or cake batter too.

Buttermilk is the secret to amazingly moist brownies. It’s used in both the brownie batter and the frosting so the rainbow chip brownies stay soft and moist, even a few days after baking!

Dark chocolate cocoa powder tastes best in these brownies. Use a high quality brand like Rodelle or Ghirardelli if you can. Trust me–it makes a difference.

Bring butter, cocoa powder and vegetable oil to a boil, then add it to a mixing bowl with eggs, buttermilk, sugar and vanilla. Gently stir in the dry ingredients to form a batter.

Pour the batter into a parchment lined baking dish. Bake for 20 minutes and let the brownies cool.

Where can I buy rainbow chips?

You can find rainbow chips in the baking aisle at your grocery store. They’re usually near the chocolate chips. Or buy them online!

Should I freeze brownies with or without the frosting?

It’s up to you. To freeze frosting brownies, place a piece of wax paper over the frosting first. This prevents the frosting from becoming runny and goopy as it thaws.

How do you cut brownies evenly?

A plastic knife works best for cutting brownies evenly without tearing or sticking. Make sure to wipe the knife clean after every cut for smooth, even edges.
Also: Do not skip the chilling! If you don’t chill these rainbow chip brownies, they’ll fall apart and get gooey when you try to cut them. 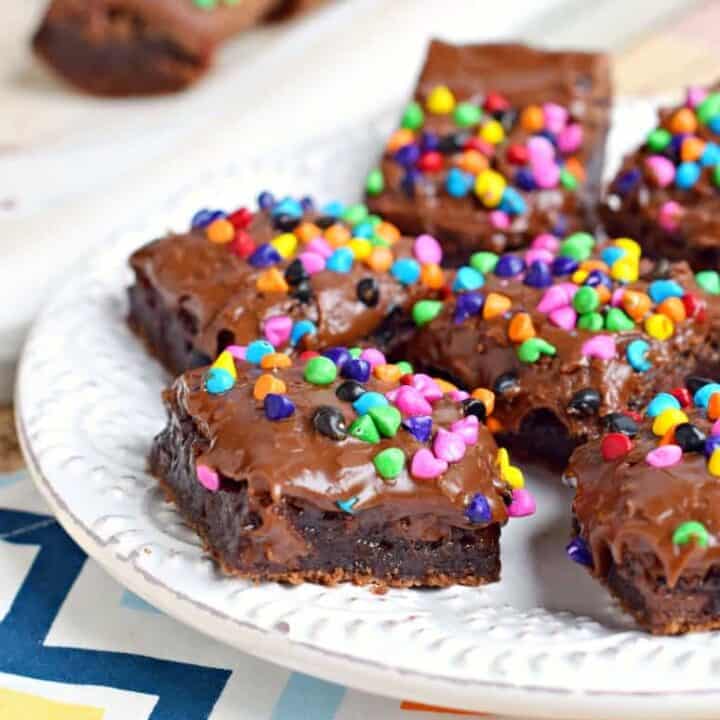 These Rainbow Chip Brownies are made using the best homemade buttermilk brownie recipe! Move over Cosmic Brownies from Little Debbie...these are too delicious to compare! 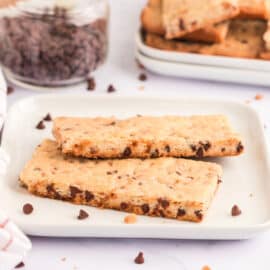 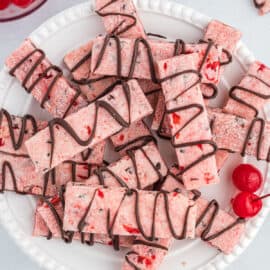 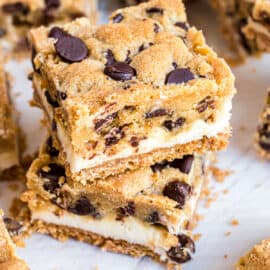