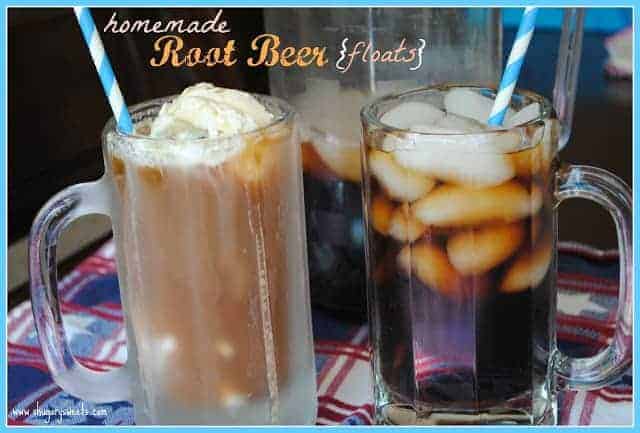 Nothing can match the refreshing taste of a Root Beer Float! It’s even better when you swap the store bought soda for homemade root beer. You’ll want to make these all summer long.

Check one off the summer bucket list! This recipe it’s just for a homemade root beer float. I’m also going to teach you how to make root beer.

I’ve been buying bottles of McCormick Root Beer Concentrate since I made this root beer float fudge.

On the back of the bottle is a recipe for homemade Root Beer. I was intrigued by this, having never tried my hand at it before. It had never occurred to me I could make one of my all time favorite summertime sodas at home.

Back when I was pregnant with my first child I craved Root Beer Floats constantly. I had at least one a day for most of that pregnancy and while I stopped making them a daily habit after my daughter was born, I never stopped loving a good float.

The recipe on the bottle was a little plain, so I added a bit of my own pizzazz. Vanilla bean paste and homemade vanilla sugar added a better dimension of flavor and more sweetness to the soda.

I poured the fizzy drink over a scoop of ice cream in a tall glass and popped in a long straw.

Ahhhh. . .cool, sweat and creamy perfection! The homemade root beer is so much better than almost any bottled version I’ve tried. And if you’re going to have a root beer float you might as well go all out!

How to Make Root Beer

It’s much easier to make the root beer than I would have ever thought. You make a syrup from the root beer concentrate and then combine it with club soda.

To make the root beer syrup:

Boil water and whisk in vanilla sugar until it’s dissolved. Then, you remove the sugar water from heat and stir in the concentrate and vanilla bean paste. Refrigerate this mixture for at least 30 minutes.

If you won’t be serving the root beer right away, you can also leave this syrup concentrate in the fridge until ready to use!

Note: When you mix in your club soda you need to serve your root beer immediately or it will go flat.

How to make root beer float:

When you’re ready to enjoy the root beer, pour the syrup into a large pitcher and top with club soda. Serve right away in a glass over ice for a refreshing beverage OR with a scoop of ice cream for a root beer float.

What kind of ice cream to use

Vanilla is the traditional ice cream for a root beer floats and the one I reach for most often. The vanilla flavor helps bring out the vanilla notes in the root beer while softening the sharper spicier flavors. I recommend an ice cream made with real vanilla beans for best taste.

You could also substitute all or half of the vanilla ice cream for chocolate. In some regions this creamy drink is called a brown cow or a black cow!

Wondering how else you can use root beer concentrate?

I know how frustrating it can be to spend money on a bottle of flavoring you hardly ever use. Root beer concentrate is a worthwhile purchase if you love root beer and root beer flavored desserts.

There’s also a good chance you’ll want to just keep making this homemade root beer over and over until the bottle runs out!

Can I get an ‘AMEN’ for a summer full of cold Root Beer Floats? 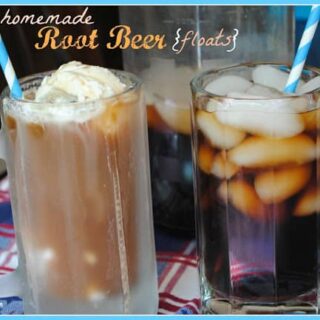 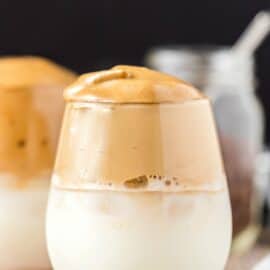 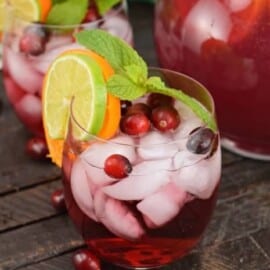