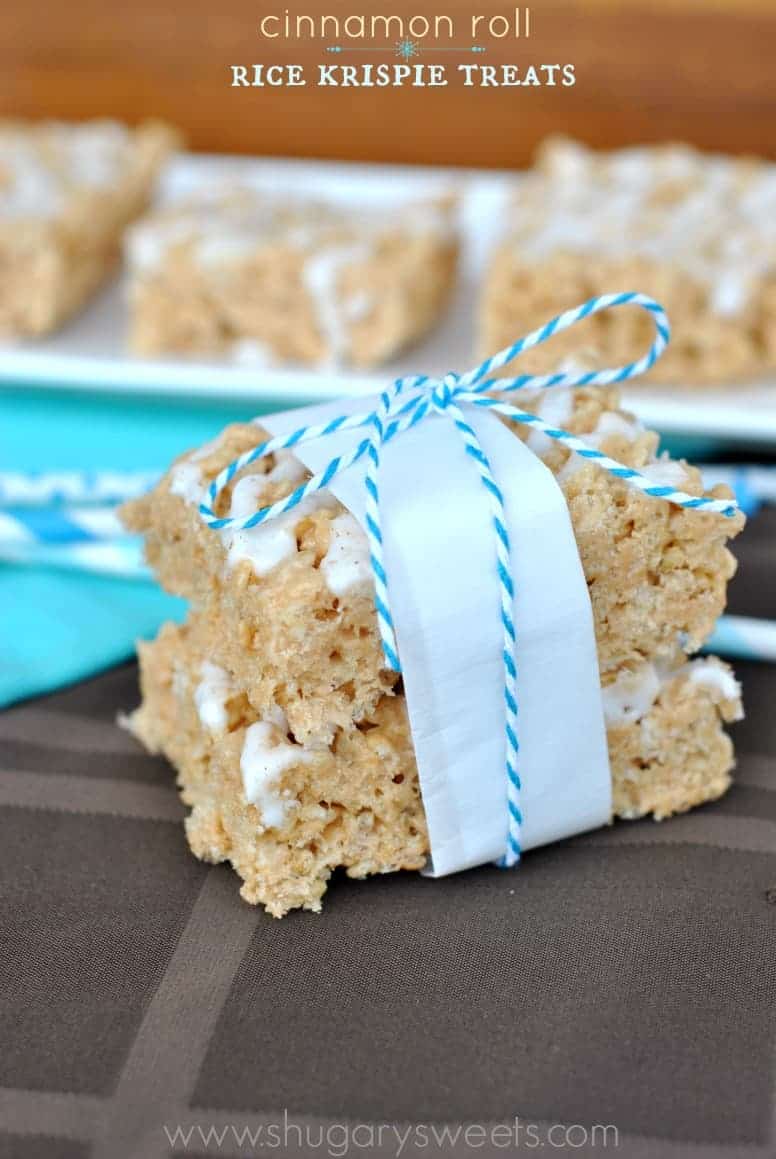 Take your Rice Krispie Treats up a notch by adding Cinnamon Roll flavor! You can’t keep your hands off these easy-to-make treats with plenty of sweet cinnamon spice.

Okay, so maybe YOU can keep your hands off Rice Krispie Treats, but I cannot. I have zero willpower when it comes to those little homemade treats.

But don’t even TRY to hand me one of those treats in the blue foil package. They don’t count. I have high standards when it comes to my favorite treat and because they’re so easy to make at home, I can’t resist making all kinds of variations on the classic recipe with different flavors and toppings.

So it made perfect sense to combine all the great flavors of Cinnamon Rolls with the ease of a Rice Krispie Treats recipe. These have a touch of cinnamon sugar folded into the cereal plus a simple glaze with even more cinnamon!

The results were phenomenal. Soft and sticky treats that smell like a fresh baked cinnamon bun and taste like heaven. Try this Cinnamon Roll Rice Krispie Treat recipe for yourself to understand just how wonderful they are!

I start all my Rice Krispie Treats recipes by melting butter on the stove, then mixing in the marshmallows until melted and combined. For the cinnamon roll flavor, folded in the cinnamon sugar along with the cereal after removing the marshmallow mixture from the heat.

Can you freeze these?

I don’t recommend freezing any Rice Krispie Treats. Time in the freezer makes these taste less spectacular–and life’s too short to eat a Krispie Treat that’s anything short of spectacular!

Can I substitute a different cereal for the Rice Krispies?

Sure! Make sure to choose a cereal that’s on the plainer side flavor wise. You want the cinnamon sugar taste to stand out. Cheerios, Rice Chex or Corn Flakes would all be good options.

How do you make Cinnamon Sugar?

I add 2 tablespoons of cinnamon for every half cup of sugar for a strong cinnamon flavor. You can check out my full guide to making a perfect cinnamon sugar mixture to suit your tastes here.

You’re welcome to use a store bought cinnamon blend too!

Everything you love about cinnamon rolls and rice krispie treats combined in one easy dessert recipe. These Cinnamon Roll Rice Krispie Treats are simply impossible to resist!

And don’t even try to give me one wrapped in a blue packaging…those are just gross. In my humble opinion of course. This blue twine is about all the packaging I need! 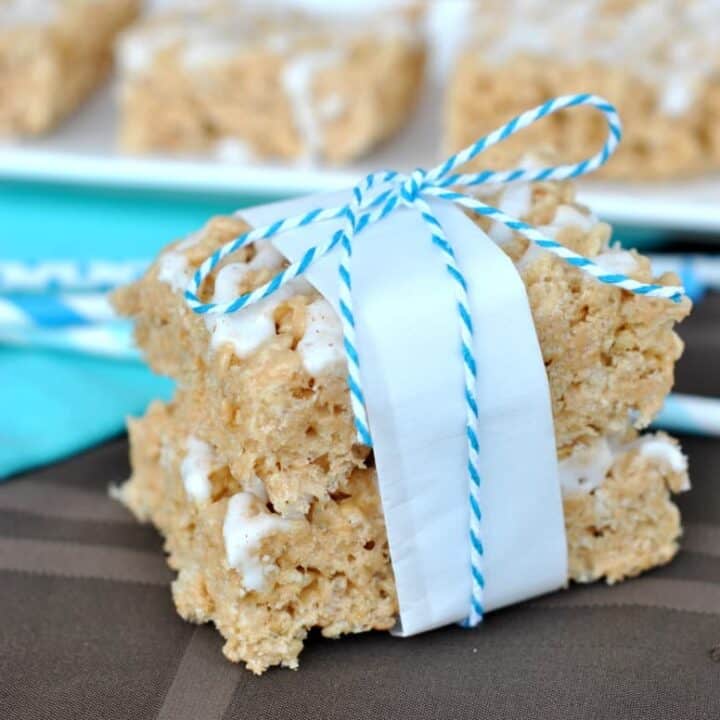 Take your Rice Krispie Treats up a notch by adding Cinnamon Roll flavor! You can't keep your hands off these.

For the krispie treats: 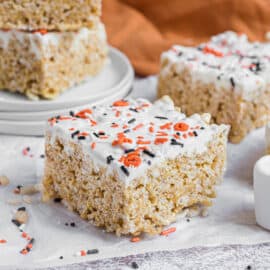 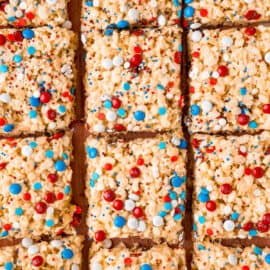 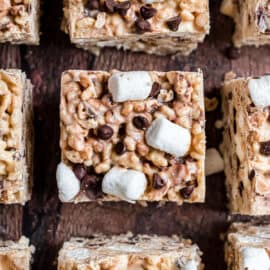