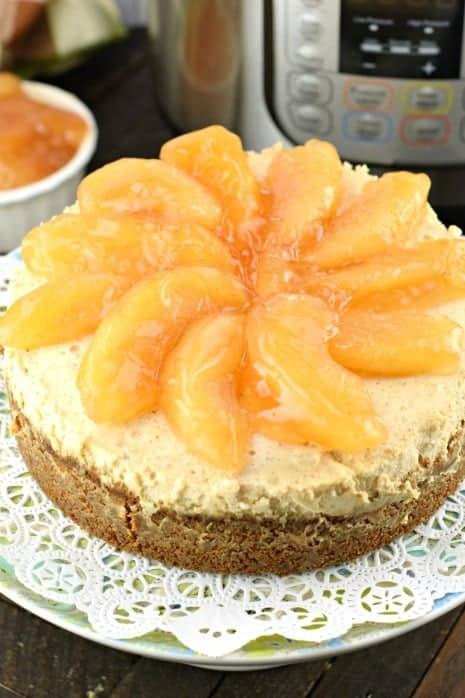 Cheesecakes in the Instant Pot are becoming a new trend here on Shugary Sweets.

Which is ironic because about two years ago I swore I would never get all crazy and do desserts in the pressure cooker.

And here we are with my 4th cheesecake recipe, and 5th dessert if you could this Apple Crisp in the mix.

Why this is best

Have I convinced you yet to give this fall flavored cheesecake a try? Imagine the possibilities by just swapping out the pie filling and the crust flavor (you can use graham crackers or nilla wafers instead of gingersnap).

How to make Apple Cheesecake

In a food processor, pulse the gingersnap cookies until fine crumbs. Add in melted butter and mix until combined.

Press the crumbs into the bottom (and partially up the sides) of a 7-inch cheesecake pan. Refrigerate until ready to fill.

In a large mixing bowl, combine cream cheese and granulated sugar. Beat until smooth and creamy.

Add in vanilla extract, flour and the eggs, one at a time. Do not over beat the mixture. Beat JUST until the last egg is incorporated, scraping down the sides of the bowl as needed.

Fill the pressure cooker with 1 cup of water. Place the foil wrapped cheesecake pan on the trivet (I use the one that came with my pressure cooker) and lower it into the instant pot.

Secure the lid, turn valve to “SEALING” and turn on the pressure cooker.

Set to high pressure for 40 minutes.

When the cheesecake is done, allow to naturally release pressure completely. This takes about 20-30 minutes.

Remove cheesecake from the Instant Pot by lifting the trivet with the handles. Remove foil and allow cheesecake to cool to room temperature. The center will be jiggly, but will firm up after chilling.

Place cheesecake in refrigerator to chill overnight, or at least 8 hours.

After chilling, gently blot off any condensation from top of cheesecake with a paper towel.

Use a knife and run it along the sides of the pan to gently remove cheesecake from pan.

Push bottom of cheesecake pan up to lift the cheesecake out of the pan (or unhinge the buckle if yours has that). Slide onto a cake platter.

Top the cheesecake with about one can of Apple Pie filling. I arranged the apple slices in a decorative way, but that’s totally not necessary. Serve with homemade whipped cream if desired.

Looking for something easy? This Sopapilla Cheesecake recipe is a childhood favorite. 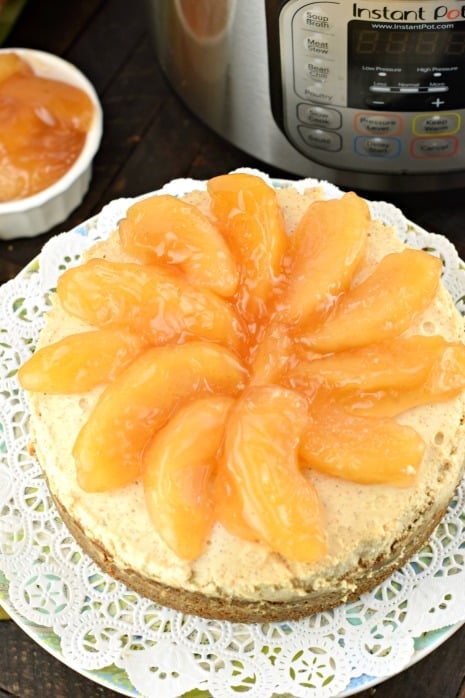 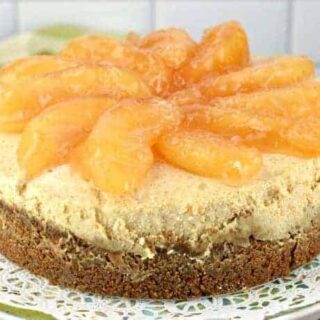 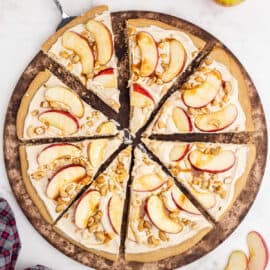 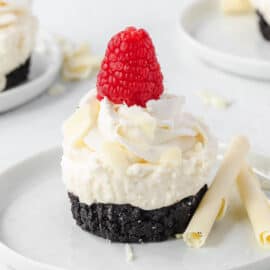