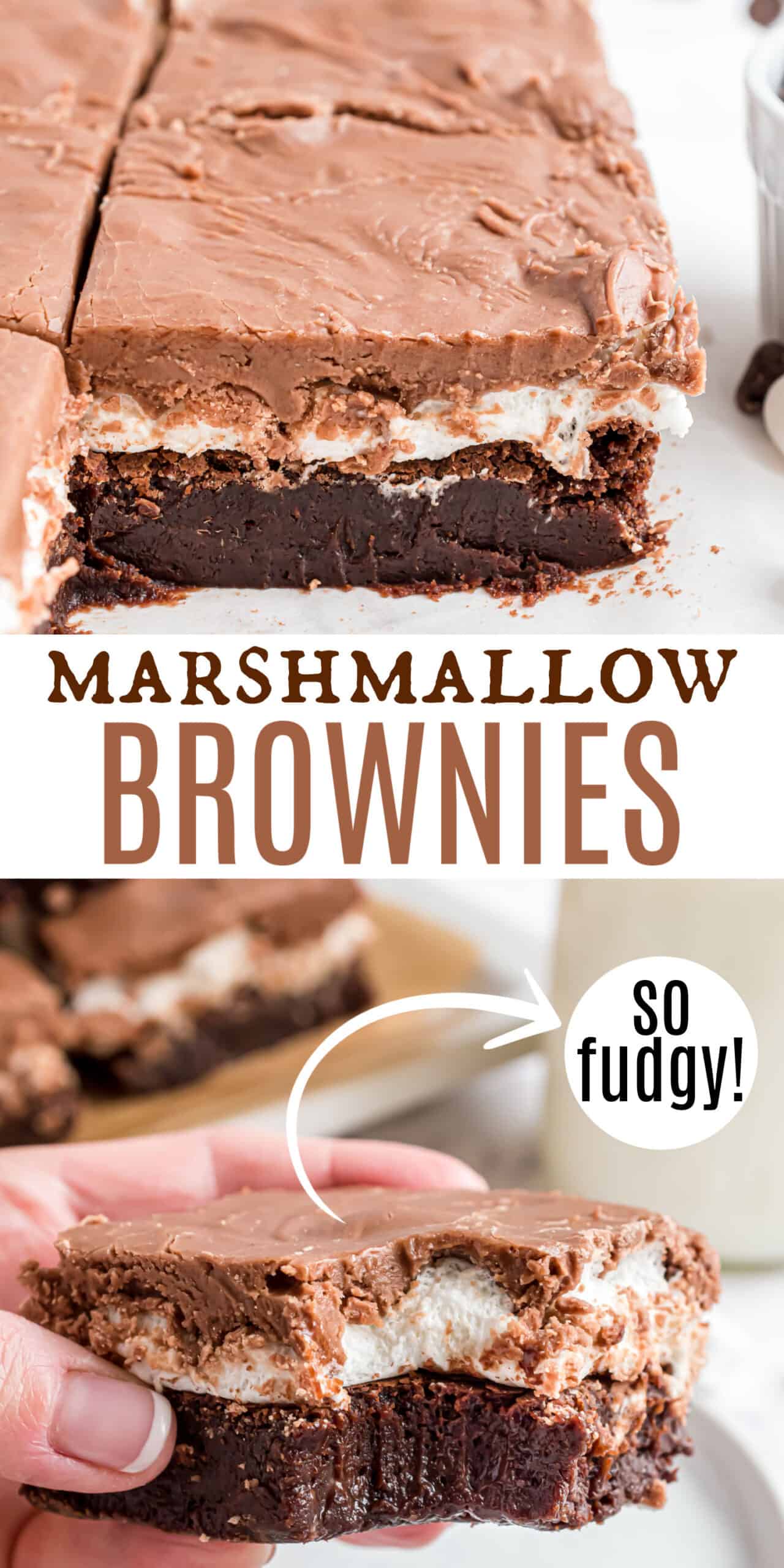 Two classic treats come together in Marshmallow Brownies. Fudgy brownies are covered in a gooey marshmallow topping. This decadent dessert keeps everyone coming back for more!

If you love marshmallows and chocolate, you’ll flip for my Rocky Road Fudge and S’mores Cookie Bars too. But today it’s all about the brownies!

My affinity for baking with marshmallows is well documented on this blog. So is my devotion to brownies.

This Marshmallow Brownies recipe brings these two great loves together at long last.

If you want a marshmallow brownies recipe that’ll blow everyone away, look no further. These are ooey-gooey, chocolate-y, fudgy, totally over-the-top brownies that no one can resist.

Don’t forget the cream cheese swirls. Our cheesecake brownies need to be up next on your baking to-do list!

We started by making our favorite thick and fudgy brownie recipe. You’ll see these featured on our website from frosted brownies to oreo brownies, and every flavor in between. We use them as a base because there truly is no better recipe!

Make the brownies. Unlike our basic brownie, these will be made in a 13×9 dish. Because of the marshmallow and frosting, they’ll still be super thick!

PRO TIP: Be sure to use FRESH mallows. If you’re using stale or old marshmallows, they’ll still taste stale.

Add chocolate icing. Pour the warm frosting over the cooled brownies. Let the brownies set and cool before slicing.

Can you freeze Mississippi Mud Brownies?

Yes, marshmallow brownies can be frozen. Transfer cut brownies to freezer bags and store frozen for up to 3 months. Freeze before or after adding the frosting. Your choice!

I don’t have buttermilk. Can I still make these brownies?

Yes, you can make the marshmallow brownies recipe with Homemade Buttermilk. I’ve made it with both homemade and store bought with equally good results.

What kind of dish do I need to bake these?

I used a 13 x 9 baking pan to make these brownies. You can make them in a square brownie pan instead but the brownies will be much thicker and need more baking time. 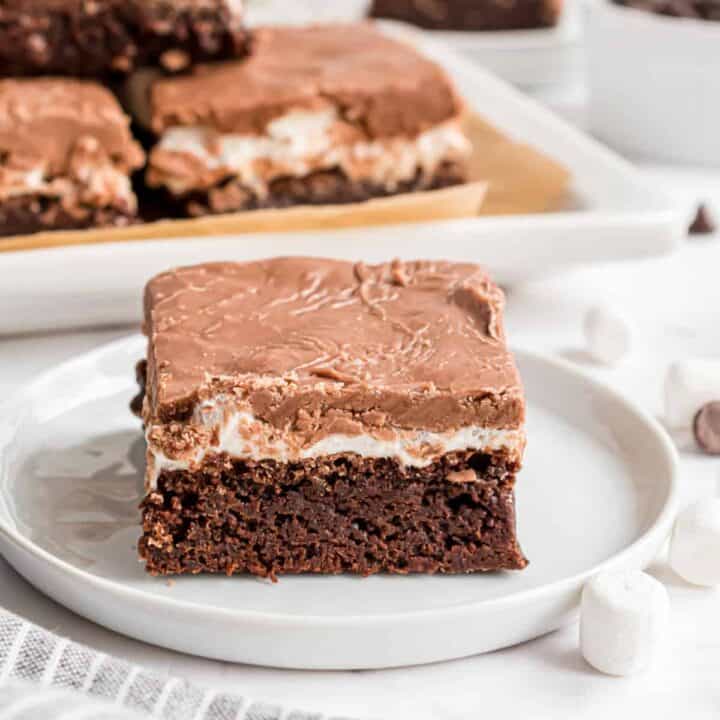 Two classic treats come together in Marshmallow Brownies. Fudgy brownies are covered in a gooey marshmallow topping. This decadent dessert keeps everyone coming back for more! 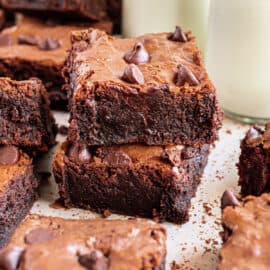 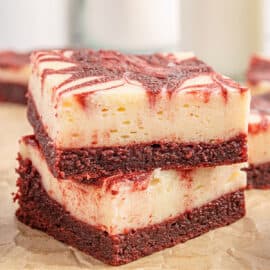 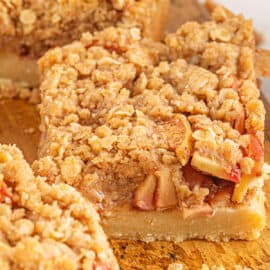